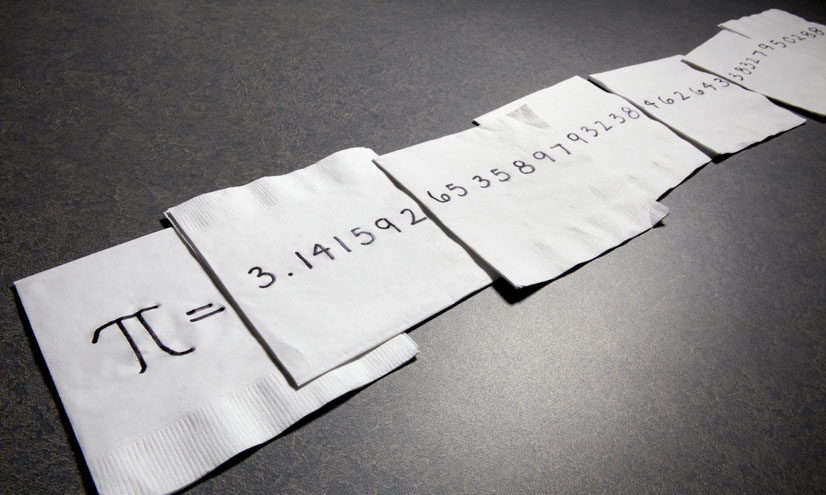 Watch one champion try to recite Pi to as many digits as he can; and discover what Pi is and why it is useful.

This is Tom Morton starting his record-breaking attempt to recite a number over 20,000 digits long.

He was reciting Pi - a number that mathematicians have been obsessively investigating ever since it was discovered.

Pi is what is known as a 'mathematical constant', a special, naturally occurring number.

It is the ratio of a circle's circumference to its diameter.

Take the circumference of any circle and divide it by the diameter and you end up with Pi, which to five decimal places, is 3.14159.

Because the value of Pi is always the same, it can be used to calculate the properties of any circle.

This includes the area of a circle, which is always the square of its radius multiplied by Pi.

As well as being incredibly useful, Pi fascinates mathematicians because it is an irrational number.

It cannot be expressed exactly as a fraction.

This means Pi is infinitely long.

Irrational number:
Cannot be expressed as a fraction
Has a never-ending decimal expansion
Its decimals never repeat

And since then, mathematicians have used computers to calculate Pi to 5 trillion digits.

Despite this vast number, only 38 decimal places of Pi are needed to calculate the properties of any circle in the observable Universe, accurate to within the width of a hydrogen atom.

Tom Morton managed to recite Pi to 12,850 places before his mind went blank.

Pi continues to offer a true memory challenge with the official world record of its recital now standing at over 100,000 digits.