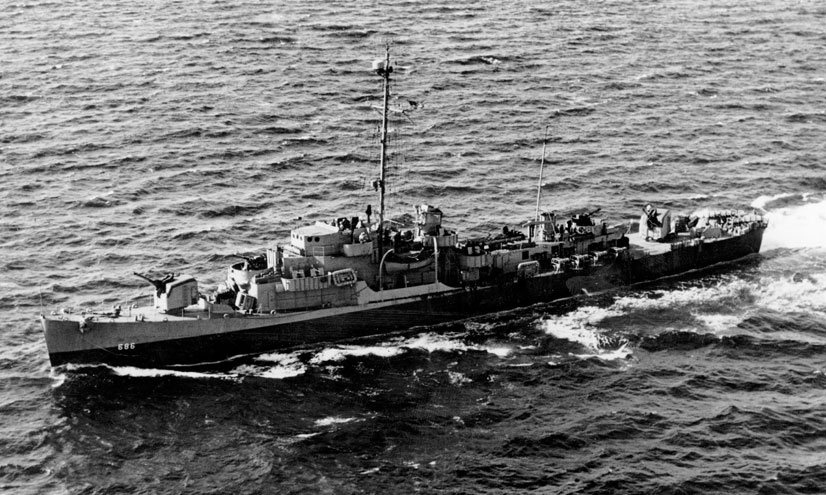 How Churchill used geometry to protect his supply convoys during World War Two, by identifying the best shape for convoys to travel in... a circle.

During the Second World War, Nazi U-boats had the British navy in an iron grip.

Attempting to starve the British into surrender.

But this stronghold would be broken by using geometry.

In order for the British to secure the safe passage of a supply convoy, guard ships were needed to defend them from the U-boats' attacks.

But the British leader, Winston Churchill, feared that too many valuable guard ships would be used to adequately protect a convoy's perimeter.

If a supply convoy travelled in a rectangular formation, about double the number of guard ships would have to surround it.

This was the case for almost all other formations.

The most efficient way to organise the ships was a circle formation.

Because compared to other shapes of the same area, the circle will have the smallest perimeter.

But in reality, if a small convey was arranged in this way, about double the number of guard ships would still be needed.

By understanding geometry, Churchill's advisors realised that things changed when the size of the convoy increased.

The number of supply ships in a convoy was proportional to the area of the circle.

But the number of guard ships needed was proportional to the circumference of the circle.

As the radius of the circle increases, the area increases more quickly than the circumference.

Meaning that a large number of supply ships would be successfully protected by only half the number of guard ships.

In this way, a larger circle is more efficient than a smaller one.

So by increasing the size of their convoys, the British were able to outsmart the U-boats, defending their supplies routes, and keeping the war effort alive.