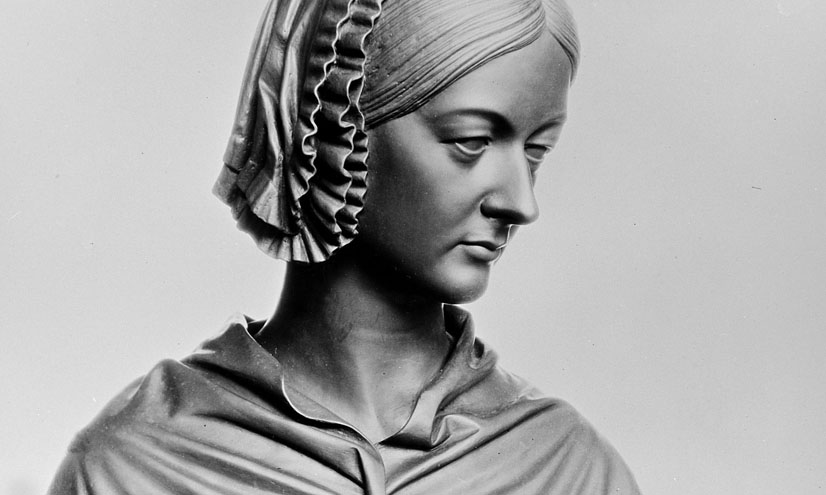 How Florence Nightingale's design of the pie chart saved millions of lives by demonstrating statistics in a simple, visual way.

When British soldiers joined the fight, they died in their thousands.

And she realised that it wasn't war wounds that were killing them.

She began to construct a chart which would explain the true nature of their deaths.

She created the Rose Diagram – one of the world's first pie charts.

Each rose represents one year with each wedge representing one month.

The pink sections show how many soldiers died directly from their wounds.

The black sections show how many died from other causes, such as frostbite or accidents.

And the blue sections show how many perished from preventable diseases, such as dysentery and typhus, which ran rife in the hospitals.

The right-hand rose shows, at a glance, how many lives were lost in 1855 alone.

With tens of thousands of soldiers dying from preventable diseases, action was taken.

In March 1855, the putrid water system was replaced.

The left-hand rose shows the change brought about by improving sanitary conditions in the hospitals.

Within a year, the number of deaths had fallen by 99%.

And Florence Nightingale had a way of clearly showing the impact of improving sanitary conditions.

Nightingale discovered that her diagrams put across information in a clear and concise way.

Politicians and military personnel would have been unlikely to read lengthy statistical reports.

But they responded to the way her data was presented visually.

Mark Bostridge Nightingale Biographer – "Firstly they introduced a new statistical department so that by the end of the 19th century, the British army has – is producing the best statistical material in Europe. They also introduced a new sanitary science department; a restructured army medical department and they also ensure that there is proper nutrition for soldiers so that they are receiving proper food for the first time."

Nightingale's presentation of statistics in the form of diagrams proved that a picture can be worth a thousand lives.