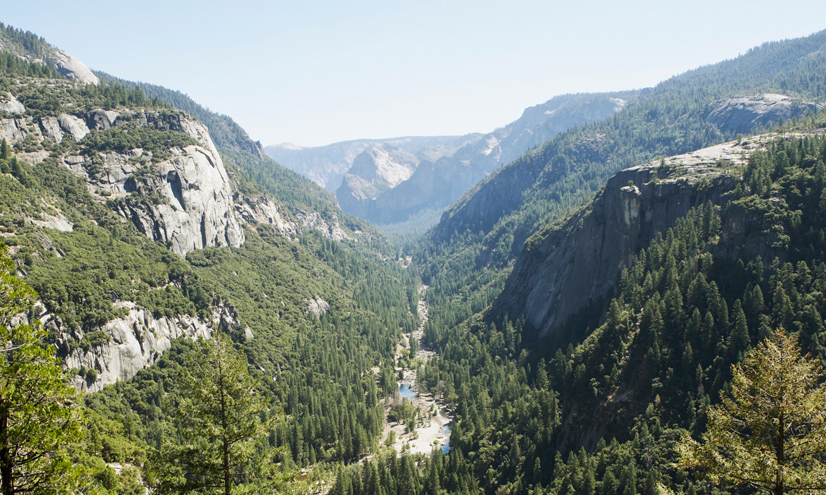 The landscape of this national park was shaped by ice - carving the valleys, waterfalls and sheer cliffs that attract tourists from all over the world.

The sheer power of ice can be seen in an American state famous for its sunshine.

With imposing cliffs and deep valleys, Yosemite National Park in California, has a breathtaking landscape.

It was covered with v-shaped valleys.

V-Shaped Valleys
Carved out by rivers