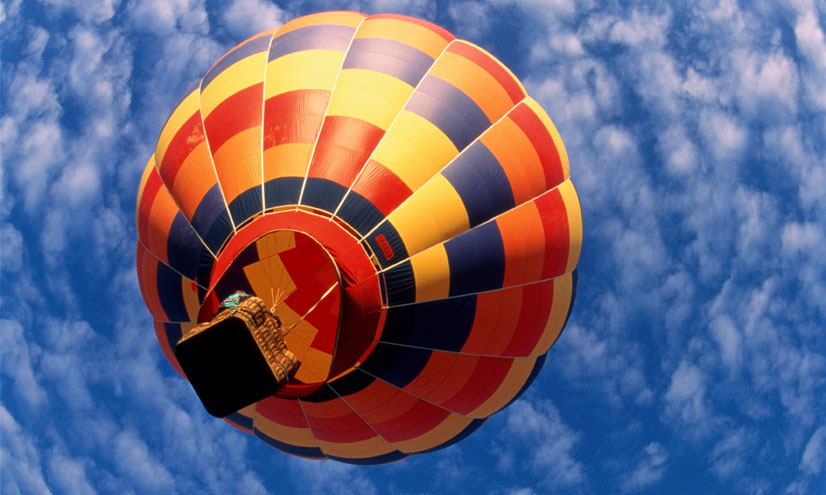 How Richard Branson's team created the world's largest hot air balloon in order to undertake a daring crossing of the Pacific Ocean.

In 1991, Per Lindstrand and entrepreneur Richard Branson attempted the first crossing of the Pacific Ocean in a hot air balloon.

To do this, they had to break the world distance record and fly nearly 11,000 kilometres from Japan to Canada.

The balloon had to be the largest ever constructed.

Hot air balloons vary greatly, but shapes like this are inefficient.

They use a lot of material, but don't hold a lot of air.

The ratio between their surface area and volume is poor.

The volume of a hot air balloon is crucial to its flight.

As the air inside a balloon is heated, it becomes less dense.

This makes it less dense than the air outside, creating lift so the balloon can fly.

And because it's hot air that maintains lift, volume is important if a balloon is intended for sustained flight.

Hot air balloons tend to be approximately spherical, because this represents the most economical surface area to volume ratio.

Volume of the Pacific Flyer

But to cross the Pacific, the Virgin Pacific Flyer would have to have the biggest volume ever.

Per Lindstrand, Aeronautical Engineer – "In our case, we needed to fly for three days, which meant about 6 tonnes of propane had to be carried, and with that you can calculate the volume, and that came out as 2.6 million cubic foot. That is about 75,000 cubic metres."

Using the formula for the volume of a sphere – four-thirds pi r cubed – engineers could calculate the dimensions of the balloon.

It would have a radius of 26 metres, and require around 8500 square metres of material to build.

And the adventure was a success, with the balloon setting a new world record by its near 11,000 kilometre journey over the Pacific Ocean.