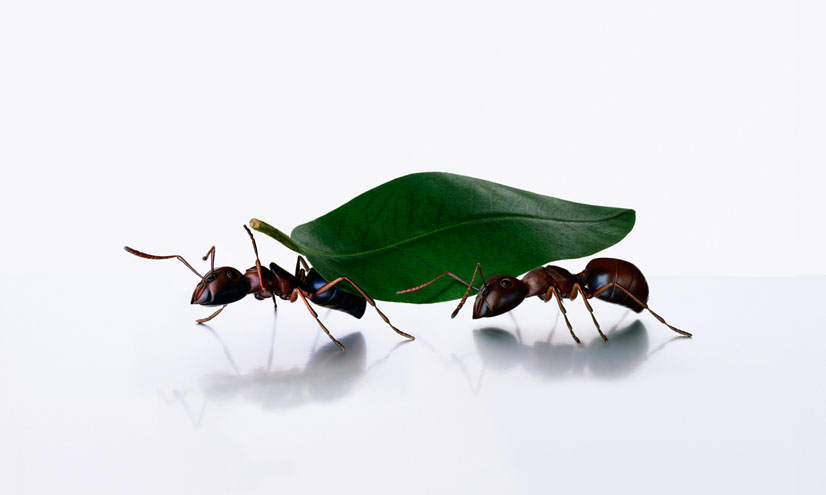 The Incredible Strength of Ants

Why are tiny ants considered the strongest creatures in the world? An introduction to the square-cube law and why muscle mass (length3) will always outstrip strength (length2).

The strongest creature on Earth.

It can lift up to 50 times its body weight.

But is smaller than your little finger!

Ants are considered the strongest animals in the world because they can lift weights disproportionate to their tiny size.

Unbelievably it's their tiny size that's the key.

The square-cube law explains why an animal's ability to lift heavy objects changes with its size.

It hinges on the difference between squared and cubed numbers and how these relate to muscle strength and muscle mass.

Length is measured in metres.

Whereas area is measured in metres squared.

And volume is measured in metres cubed.

This means that area is basically length squared and volume is length cubed.

In animals, muscle strength is related to the area.

Muscle mass is related to the volume.

So as the size of the animal increases the strength and mass of its muscles increase at very different rates.

But this new line shows that muscle mass increases at a much faster rate.

Following the square-cube law, as the ant increases in size, the difference between muscle strength and muscle mass grows.

A larger proportion of its strength is wasted in supporting its ever-increasing muscle mass, so it loses its ability to carry heavy objects.

So smaller animals, with shorter muscles – like ants – are proportionately stronger.

But if an ant were the same size as you, so much of its strength would be used supporting its inflated muscle mass that it wouldn't even be able to lift a sixth of its own body weight!