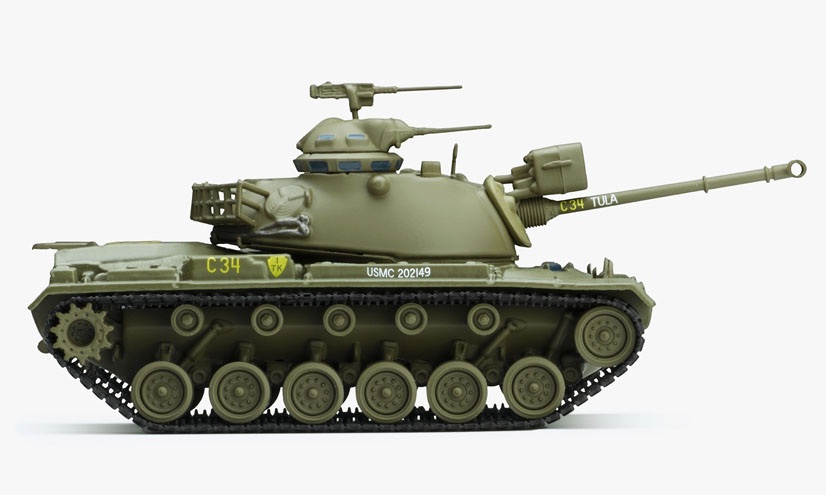 How an unlikely algebraic equation outdid allied spying efforts at providing insight into Nazi tank production – and helped to win the war.

In 1944, at the height of World War Two, the Allied forces attacked the western front of Germany and successfully reached Berlin.

This might not have happened without some vital information, gained not by espionage, but by maths.

In the early 1940s, the Allied forces were trying to predict how many tanks the German army was producing.

Observations of factories and information gained from spy networks predicted as many as 1400 tanks were being produced each month.

This information was equally concerning and unreliable.

But then the Allies discovered hidden information on captured tanks themselves.

Each had a unique serial number.

Allied mathematicians guessed that the tanks were being numbered chronologically, starting from one to 'n', the total number manufactured.

They used this equation to estimate what 'n', the highest number in the sequence, would be.

Imagine there are 5 tanks with known serial numbers.

S equals 5, as there are 5 tanks and M equals 92, as that is the highest number.

This gives a total prediction of 109 tanks in the army.

The real serial numbers collected between June 1940 and September 1942 estimated that the Germans were producing 246 tanks each month.

This figure was far lower than the 1400 tanks per month that other intelligence had suggested.

This new information helped convince the Allied forces that an invasion could be successful.

The attack on the western front went ahead and helped the Allies win the war.

When factory records were examined after the war, they showed that in fact 245 tanks had been produced each month.

Only one less than the mathematicians' estimates!