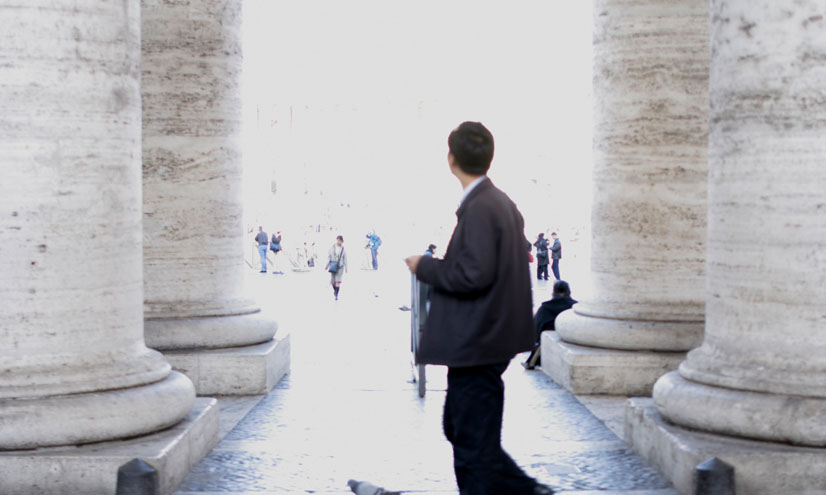 Discover why infinity puzzled the Greeks, and why this led to the discovery that there is more than one type of infinity.

The concept of never-ending sets of numbers has fascinated mathematicians through the ages.

The early Greeks were puzzled by this concept, known as infinity.

For a man to walk out of a room, he must cover half the distance.

Then half of that distance.

Following this logic, he should never be able to leave the room!

Of course, In real life he can – in this case, infinitely dividing into smaller and smaller points was confusing them.

Much later, in the 17th century, European mathematicians used infinity to develop calculus.

Just as geometry is the study of shape, calculus is the branch of mathematics concerned with rates of change.

It was soon realised that there were at least two different types of infinity.

And that the difference between these two infinites was important.

They started by looking again at the idea of a finite number.

We say there are 3 cats if we can put the cats in one-to-one correspondence with the numbers 1, 2, 3.

Extending this idea, we say a set is countably infinite if we can put its elements in one-to-one correspondence with the numbers 1, 2, 3, 4 and so on.

So there are countably infinite even numbers.

The big surprise was that there are some infinite sets that are not countable.

Take this list of infinitely long decimals between zero and one.

You can always create another number that is not in the list.

Because you can always create another number not on your infinitely long list, it makes this set uncountable.

This uncountable infinity was given the name 'aleph one'.

Aleph one is an awe-inspiring number, which, according to the continuum hypothesis, is the number of points in the universe!

Or the number of moments in all of time!