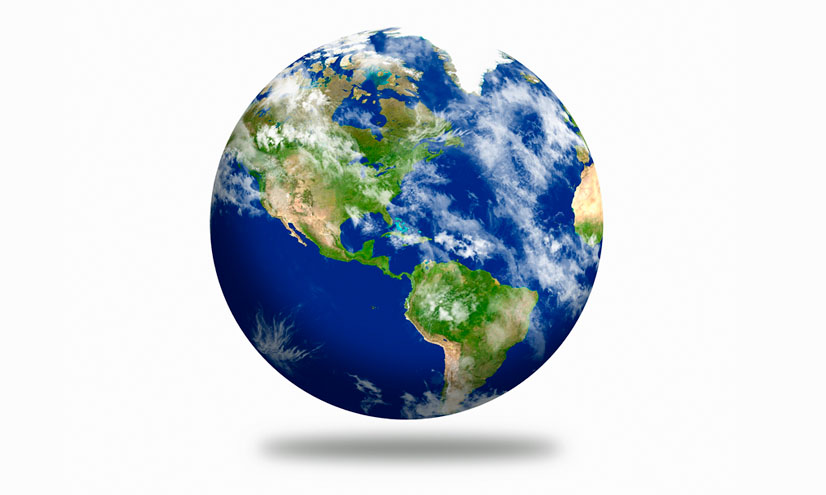 The story of how a Persian scholar calculated the Earth's circumference over 1000 years ago, using only a mountain and trigonometry.

It seems like a simple question: How big is the Earth?

Using modern scientific apparatus, we can now accurately measure the dimensions of our planet.

But hundreds of years ago, one man came very close, using just a mountain and some very clever geometry.

In ancient times, philosophers deduced that the world was round because, during a lunar eclipse, the Earth projected a circular shadow on the moon.

It was later suggested that rather than being a flat disc like a pizza, the Earth was in fact spherical, like a football.

The first near-accurate measurement of the Earth's circumference was calculated by a Persian scholar called Abu Rayhan al-Biruni.

He would calculate Earth's circumference using trigonometry, the relationship between the sides and angles of triangles.

At sea level, Biruni used a device called an astrolabe to measure the angle between the ground and the top of a mountain.

He then moved to a different location, along a straight line, and took another measurement.

Using trigonometry, Biruni could use the distance between these points, and the angles they made with the peak, to calculate the height of the mountain.

Biruni then climbed to the peak, and used the astrolabe to measure the angle to the horizon.

Then came the ingenious part.

Biruni imagined a huge right-angled triangle, joining the mountain top, the horizon and the centre of the earth.

Biruni knew the Earth was spherical. Trigonometry told him the angle to the horizon and the height of mountain could be used to calculate the radius of the earth.

Radius of a circle:
Line from centre to circumference

Biruni knew that doubling the radius would give the diameter.

Diameter of a circle:
Line passing through centre of circle
Connects two points on circumference

... And he could now calculate the Earth's circumference using the formula πx d.

He deduced that the earth's equator was approximately 40 thousand kilometers round.

We now know that this was correct to an accuracy of more than 99%.

Biruni's extraordinary discovery shows that simple mathematics can be all you need to answer the biggest questions...