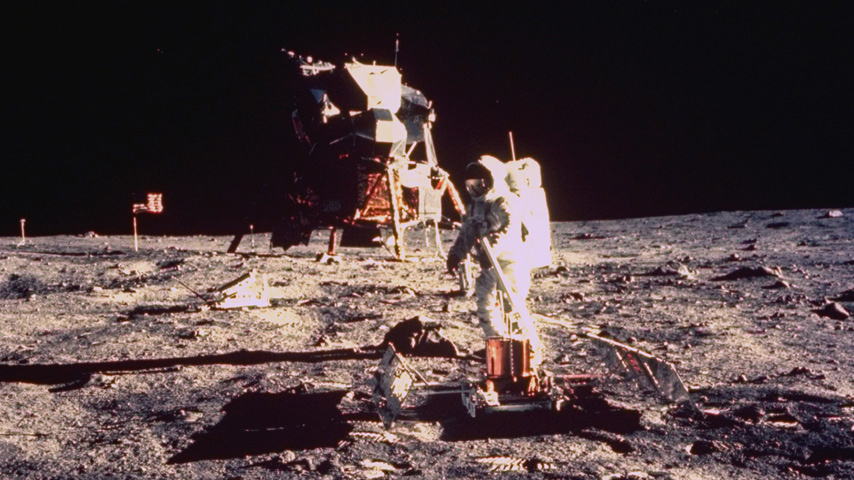 The extraordinary story of Apollo 11's lunar landing. What they found on the Moon and how they made it back to Earth.

"That's one small step for man, one giant leap for mankind."

Man had finally made it to the Moon.

However, getting to the Moon was only half the challenge – now the astronauts had to perform the experiments that were the scientific purpose of the trip.