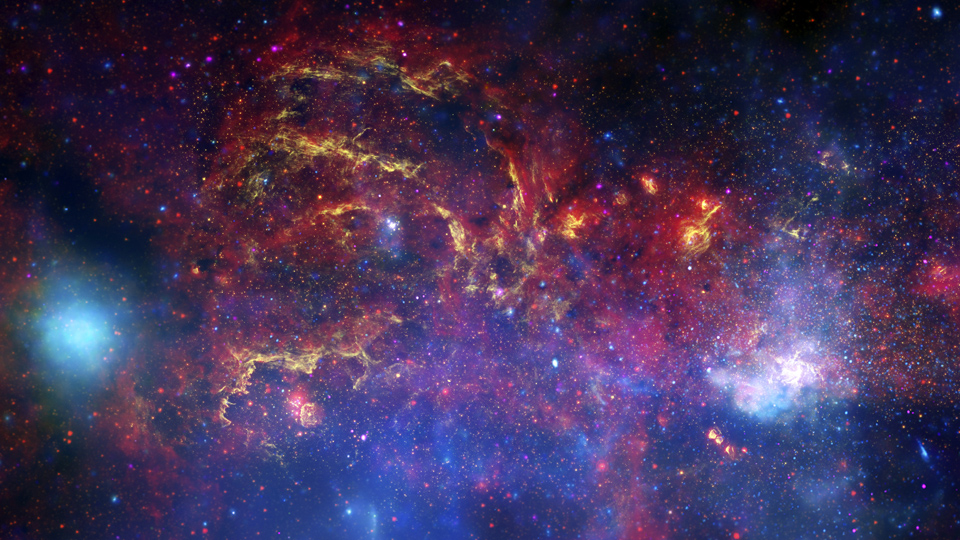 Discover one theory about a single event over 13.8 billion years ago, that might have created our Universe.

Current scientific evidence indicates that before the Universe, there was nothing.

Then 13.8 billion years ago there was a bang.

The Big Bang, and our Universe was born.

The theory states that from being unbelievably small, hot and dense, our Universe suddenly expanded outwards.

Bringing time and space into existence.

Less than a second into ...